The diaphragm is the muscle that stretches along the bottom of the rib cage and plays a crucial role in respiration. When the diaphragm is damaged, it must be immediately repaired. There are several ways in which the diaphragm may be injured, all eventually involving hiatal herniation.

Hiatal herniation, in which the abdominal organs protrude into the chest cavity, may also result from the aging process. Its symptoms may remain mild and respond well to dietary changes and medication, but when a hiatal hernia causes severe symptoms, particularly when it causes respiratory difficulties, surgical intervention may be necessary.

Blunt force trauma or penetrating trauma can actually rupture the diaphragm. Such trauma may occur through accident or as a result of deliberate attack. Since the pressure in the abdomen is higher than the pressure in the chest, physical trauma to the diaphragm region will also almost certainly result in hiatal herniation and require immediate surgical repair.

Symptoms of a Diaphragm Injury

There are several signs of diaphragm rupture that may include the following.

Diagnosis of a Diaphragm Injury

An injury to the diaphragm is often difficult to diagnose since the symptoms may be similar to those found in other conditions. Diagnostic tests including X-ray, CT scan or ultrasound may be employed to pin down the cause of symptoms. Under certain circumstances, an exploratory laparotomy, a surgical procedure in which a large incision is made in the abdomen, may be performed to make an accurate diagnosis and immediate repair.

This procedure may be done as open surgery, but is most often performed laparoscopically. The latter requires only small incisions and results in less pain, less scarring, and a shorter recovery time. Sometimes the surgical repair is performed by suturing the patient's own tissue only. Other times, surgical mesh is employed to repair the diaphragm.

Risks of a Diaphragm Repair

With any surgery risks are present, including the following:

In the case of diaphragm repair, breathing problems are particularly dangerous and include the risk of the following:

Recovery from a Diaphragm Repair

After a repair of the diaphragm, the patient can usually return home in a day or two. The patient will be given pain medication and be instructed to limit physical activity and heavy lifting for about a month. The following symptoms after surgery should be reported to the doctor immediately: 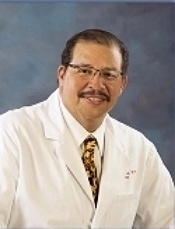 Our goal is to offer an open and comfortable environment to discuss your hernia problem and to formulate a treatment plan designed to satisfy your needs.The practice was created with the specific intention of offering answers to our patients regarding common hernia problems. Time is taken to be assured that the patient fully understands the nature of the problem and the operative approach best suited to take care of the problem.   Our clear ob